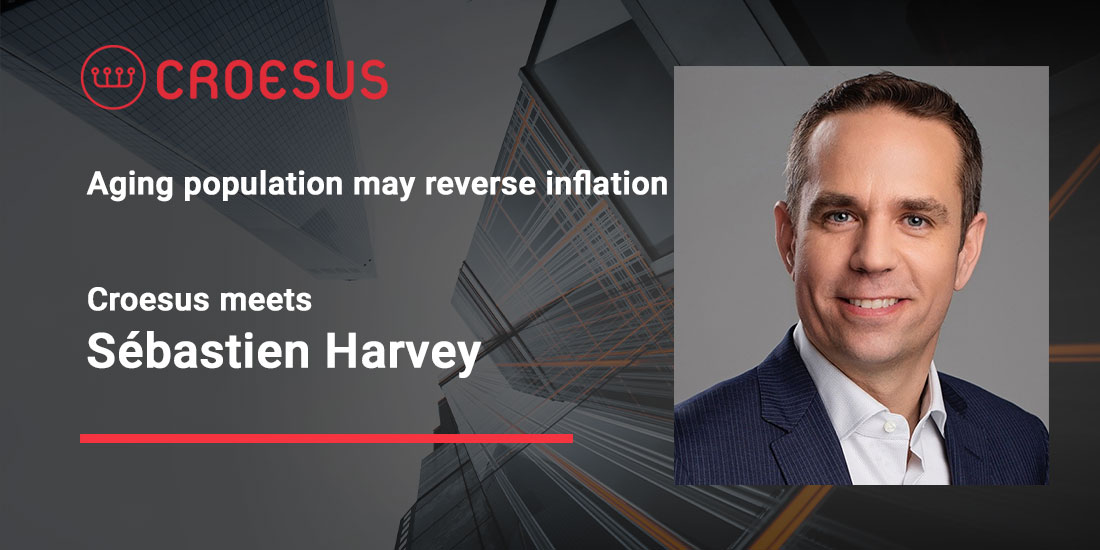 Inflation rates are running rampant, breaking new records every month, despite the monetary policies. But an aging population and other deflationary factors could turn the tide completely.

“Markets should be able to weather stock market crises if two factors are still present: global population growth and productivity growth. From 2050 onwards, the demographic factor will start to lose its influence,” says Sébastien Harvey.

The wealth management advisor and portfolio manager at Professionals’ Financial – Hainault-Harvey-Simard Team has long been interested in social factors. He believes that these factors must be taken into account to understand economic phenomena.

“The prevailing discourse is focused on the inflationary rates spikes we are experiencing, which are reminiscent of the inflationary episode that scarred an entire generation in the 1970s and 1980s. In the urgency of the moment, we seem to forget that deflationary forces are always present,” he says.

Harvey gave examples of those forces: robotization as a factor for reducing production costs or the development of artificial intelligence as a vector for optimizing processes and research, but also the continuation of a trend that is already well underway: the global aging of the population.

Croesus met him to better understand this phenomenon.

Sébastien Harvey (S.H.): When a generation reaches the 35-54 age group, it experiences its peak consumption of goods and services, while accumulating capital. People usually invest mainly in stocks and a little in bonds.

If this generation of consumers is large enough, then it has the potential to propel corporate profits upward, and in turn, propel stock market valuations over a relatively long cycle.

By the time they reach 65, people usually decrease their consumption of goods and services significantly.

Income and Expenditures by Reference Age 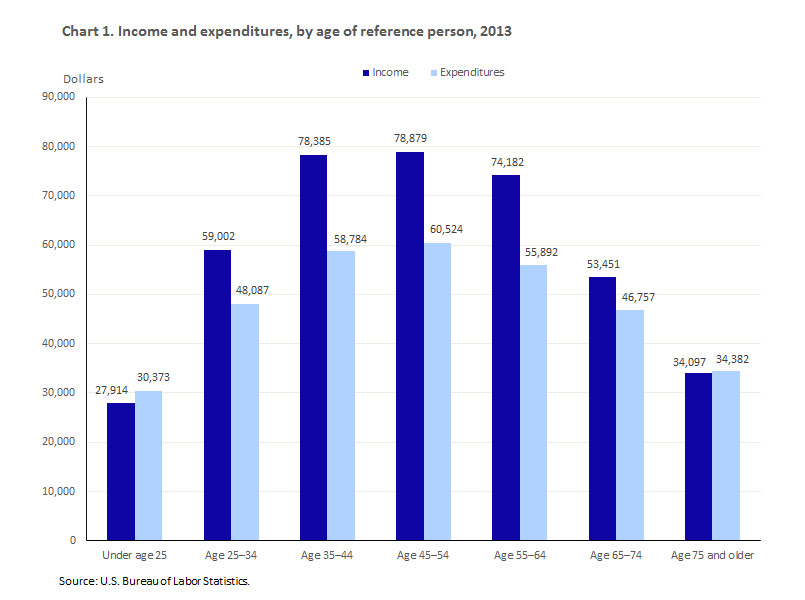 According to the United Nations, the 65+ age group currently represents 9% of the world’s population, but this portion will increase to 16% by 2050. If this statistic doesn’t seem significant, it becomes so when the percentage is converted into absolute numbers, projecting what the population will be in 2050.

Thus, the world’s population aged 65 and over will increase from 795.4 million to 1.55 billion in thirty years.

Unless there is a massive migration, important world poles will see their population stabilize, age and eventually decline over the next 20 years. This is particularly true for China and Europe. The United States is doing a little better, according to United Nations data, while Canada is managing to stay in the middle of the pack thanks to its immigration.

C: How will the aging population affect the financial system?

S.H.: At the moment, the most likely scenario is that global aging will lead to a significant economic and stock market decline. The aging of the baby boomers in particular, as they are a large cohort, will have the greatest effect.

The aging population can be expected to consume fewer goods and services, while gradually liquidating their capital (bonds and stocks). On the other hand, the younger and smaller generations will not be able to compensate for this phenomenon. A slow and lasting slowdown of the economy therefore seems likely.

Since this background phenomenon is likely to have a significant effect on the demand for goods and services, it will influence the prices and ultimately the inflation rates. Its influence will also be more powerful than the current supply disruption that seems to be at the origin of the inflationary period we are experiencing and which, therefore, should be temporary.

C: Could the aging of the population slow the economy to the point of causing a lasting recession?

S.H.: From what we know about global aging, it is a scenario that is possible and increasingly being considered. But again, this anticipation is based on what we know of the current economic and social mechanisms and, obviously, it is difficult to say what tomorrow will really be made of.

The good news is that we still have a few years before the North American economy is really affected. It is estimated that the downturn will affect us in the middle to late part of the next decade, both from an economic and stock market perspective.

The reason for this delay is that in the U.S. we are currently seeing a generational shift. The millennial generation, now in the majority (72.26 million vs. 70.68 million baby boomers), is just beginning its transition into the coveted 35-54 age strata, the golden age of consumption and capital accumulation.

Now, when we study the effects of the appearance of the important generations and the beginning of their consumption and accumulation cycle on the American stock market, we observe a correlation with strongly bullish periods. Following this hypothesis, the positive influence of the millennial generation is beginning to be felt. 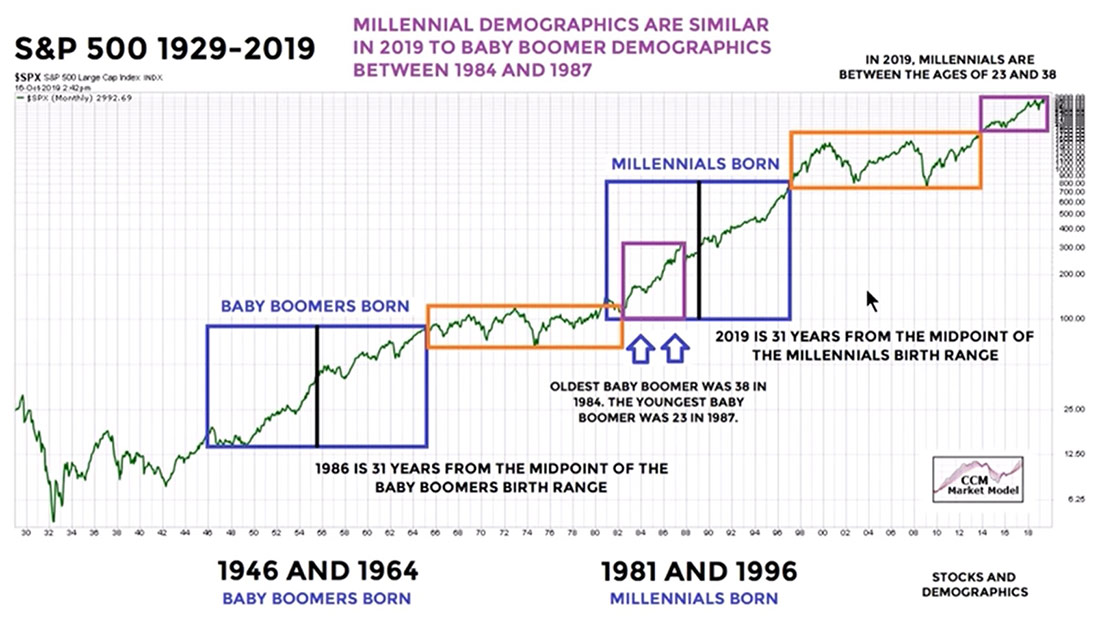 C: How can we prepare for this?

S.H.: From an investor’s perspective, part of the answer may come from the African continent, which may be the only place to continue strong population growth until the end of the century. It could therefore be common in 20 to 30 years to discuss investments in this region.